After I moved out of the Kitsilano Hell Hole, I moved into an apartment on a main street in Fairview with a friend from my program, Stephen. When Stephen first showed me the apartment, I thought it was nice enough that I would happy living in it and it was shitty enough to remind me that I haven’t hit the peak of my prosperity yet. I still feel the same way about it. The apartment is dilapidated and it makes me happy, though admittedly, a new kitchen counter and hardwood floors would only increase my affection for the place. The apartment has high ceilings and a lot of windows, so it gets great light. The kitchen and living room windows look out onto what has been dubbed the courtyard. The courtyard is a four by six foot square of black tar with poor drainage bordered on two sides by our apartment’s windows and on the other two sides by fifteen foot high cinder block walls. I could probably get onto the courtyard by way the window, but the window is only two feet wide and I’m afraid that I would either get stuck in the courtyard and have to ask the people above me to lower a rope so I could climb out the top or that the tar floor would collapse and I would end up in middle of the cafe below me. The bedroom windows look out onto what would function as a balcony if the space wasn’t occupied by a staircase. My view of the back alley and the people rifling through the recycling isn’t unobstructed by the staircase, but based on the staircase’s position, anyone coming down from the floor above has to make a turn that puts them directly in front of my large bedroom window. Essentially, if I have the blinds open and I’m sitting at my desk in my Perry the Platypus t-shirt, I’m looking out onto the people walking down the stairs like, ‘Hello there, friends! Thanks for stopping by!’ Needless to say, I close the blinds when I’m sleeping, dressing, eating granola with my fingers and practicing yoga inversions. 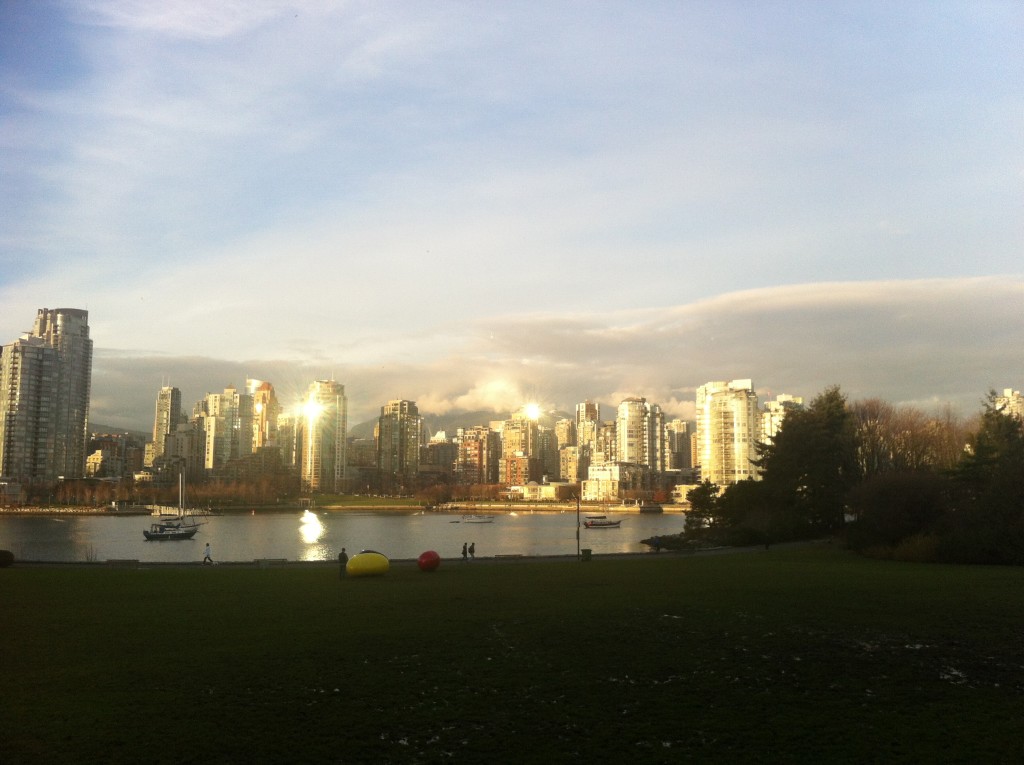 Our apartment is surprisingly well furnished. Nearly everything in the apartment came from IKEA. It was either from the trip out to the Richmond IKEA Stephen and I made or it was purchased from the Icelandic man who lived here before us, Arnie. I refer to Arnie as our Icelandic benefactor because in addition to supplying us with a TV, light wood IKEA living room furniture, a rocking chair likely salvaged from the aforementioned alley and half a table certainly salvaged from the same place, he provided us with most of our IKEA dishes and cutlery. I got to meet Arnie before he moved to Sweden, so I find the traces of our Icelandic benefactor to be a source of joy in this apartment.

I don’t know my neighbours well but everyone I have met has been really friendly. It seems like everyone in the building is a student, a tattoo artist (a tattoo parlour operates out of the building’s first floor) or is unemployed. In the summer, my tattoo artist neighbours said, we’ll have a party up on the roof of the building. It’s easy to get up, they said. You just have to climb up a ledge and onto a table.

At the start of January, Kelly came to visit me. I had given her advance warning about the shape the place was in, but she found the apartment to be nicer than the average European hostel. I also warned her that we can usually hear the people above us at night. On her first Saturday in my apartment, we heard the sounds of an acoustic guitar playing Neil Young, Nick Cave (I love when they play “Rye Whiskey”) and Iggy Pop with vocal duets. When Kelly remarked upon it, I told her they make music on the weekends. We enjoyed their music until they played variations on “The Passenger” by Iggy Pop for two hours and I said they were trying my patience.

A few days after Kelly arrived, Stephen’s friend Ivan arrived, which meant that for a  week we had four people living in a two bedroom apartment. Stephen and I gave Ivan a briefing about the place but there wasn’t any sound from upstairs to emphasize our point about our neighbours. “Just wait until Tuesday,” Stephen said. “We hear a lot from them on Tuesdays.” Generally, the people who live about us play video games late at night on Mondays and Tuesdays, accompanied by the sounds of profuse swearing and bass heavy music. All four of us were sitting in the living room on a Tuesday night when we suddenly heard the sounds of blistering heavy metal music. Yes, out of the silence of a Tuesday night, we heard the sounds of “Raining Blood” by Slayer. I have nothing against metal — Kelly heard more than she ever wanted to when I took her to see Fucked Up — but even my peace was disturbed. Luckily,  after an hour or so they were listening to “Crazy Train” by Ozzy Osbourne and the music that came after was comparably soothing. We still haven’t figured out where the people fit within the categories of student-tattoo artist-jobless. They either have schedules that make Tuesdays their Saturdays, or they are unemployed and are passionate about keeping routines. 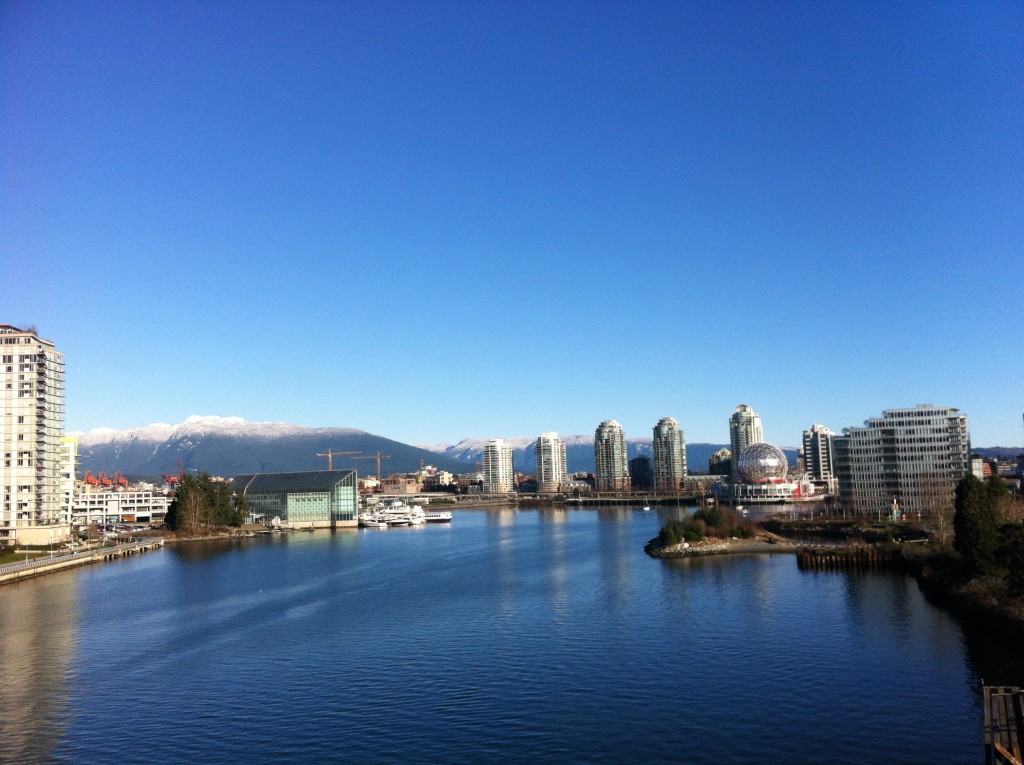 All in all, things are going well in my Vancouver apartment, in spite of — or perhaps, because of — the series of oddities that surround it. Though my life would start to feel kind of sad if I stayed here for the next decade reading Silvan Tomkins’ studies on affect while my neighbours played Pantera, I’m happy to be here right now.  Ivan is leaving after a month as our temporary roommate to move into his own Vancouver apartment that I hope for his sake is less of a character apartment than this one is. That means it will just be Stephen and I and our heavy metal neighbours, sharing a view of a back alley in Fairview until our next guests come to experience life in Vancouver.

My Song of the Day: Mona Lisa by Dead Sara

Stephen’s Song of the Day: Still Into You by Paramore

All photos were taken within five blocks of my apartment so while the view from my bedroom is over the alleyway pictured above, I’m only five blocks from water and mountains.

One Year in Vancouver