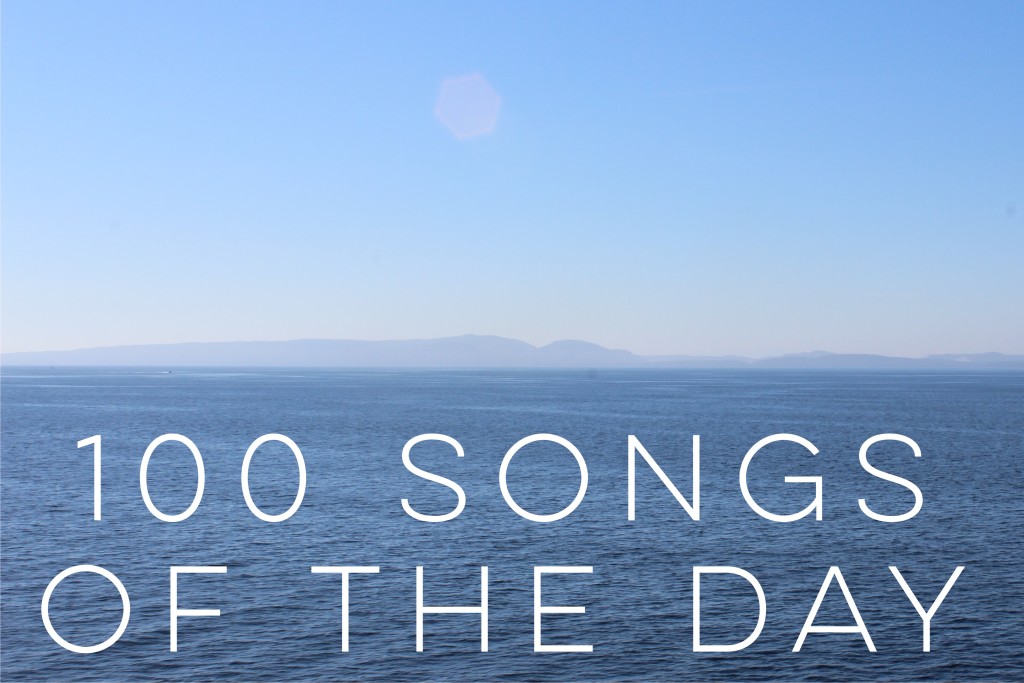 After nearly three years of writing I’m on a Journey, I have published my hundredth blog post. Rather than lament the posts that could have been, I’m celebrating the posts I have published. More particularly, I’m celebrating one hundred plus Songs of the Day. If you have read my blog for a while, you’ll know that every post ends with my selection of a Song of the Day. Some of the songs relate directly to the post, others are songs I listened to while I wrote, and still others are songs I loved and wanted to share. While a number of the songs relate to a moment in my life, others relate to a moment in time. (I can’t be the only one who listened to “Seasons (Waiting For You)” by Future Islands constantly in the summer of 2014.) My Spotify playlist is below. I hope you find something new to listen to, and you reconnect with a song you once loved.

1. Black Albino Bones by Fucked Up

4. Sweater Weather by The Neighbourhood

6. Plea from a Cat Named Virtute by The Weakerthans

12. A Decade Under the Influence by Taking Back Sunday

13. From Finner by Of Monsters and Men

16. Locked in the Trunk of a Car by The Tragically Hip

20. Welcome to Love by Johnny Rain

22. I Will Wait by Mumford and Sons

27. Can’t Hardly Wait by The Replacements

28. Dancing With Myself by Generation X

36. Virtute The Cat Explains Her Departure by The Weakerthans

38. Be Quiet and Drive by Deftones

43. Uncorrected Proofs by The Weakerthans

45. So It Goes by Hollerado

50. Drunk in Love by Beyoncé

54. Straight To the Top (Vegas) by Tom Waits

55. Waking Up in Vegas by Katy Perry

58. No Sleep Till Brooklyn by Beastie Boys

66. The Good Life by Weezer

68. Meet Me In The Basement by Broken Social Scene

71. Ash Babe by Dan Mangan OR Happy by Pharrell Williams

77. Jamie All Over by Mayday Parade OR The Rock Show by Blink-182

78. Seasons (Waiting on You) by Future Islands

80. To Build a Home by The Cinematic Orchestra

83. Sing by Ed Sheehan OR Guido the Killer Pimp by Tangerine Dream

89. 6 Man by Drake OR Leather Jacket by Arkells

95. Hiding to Nothing by Bad Dreems

99. Losers by The Weeknd

Song of the Day: Reason by Bully, because I’m loving Bully right now and I have to start on the next set of a hundred