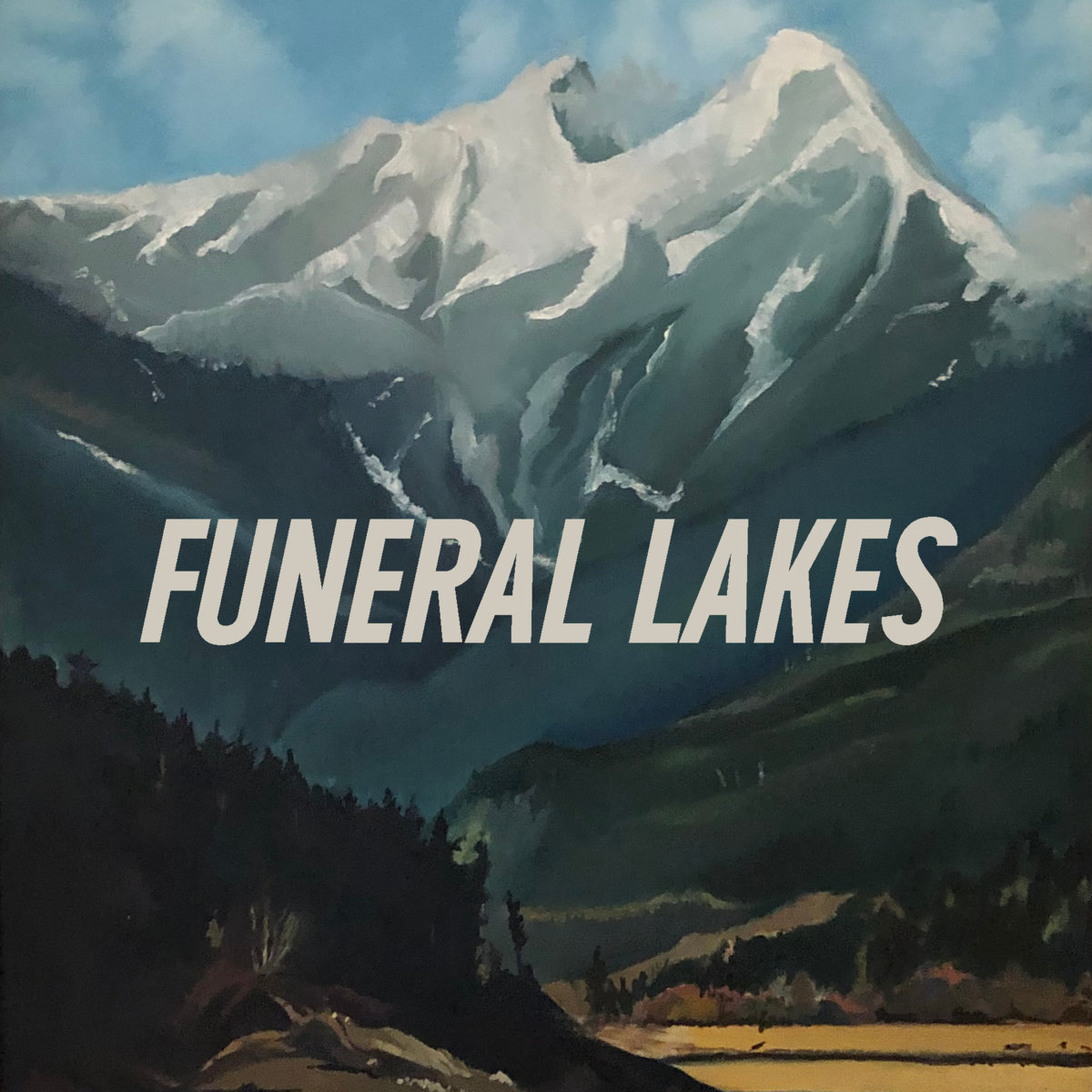 When it comes to making protest music, Funeral Lakes know that you don’t always have to scream to be heard. On their eponymous debut, Sam Mishos and Chris Hemer articulate their anxieties about climate change through explicitly political lyrics and shoegaze melodies. Their subject matter is drawn from their experiences while living in Vancouver: of an asthma attack caused by forest fires in Northern BC, and of attending a protest against a pipeline expansion.

Album opener “Anthropocene Dream” has a dreamlike quality, despite its nightmare subject. The title refers to the geological epoch commencing with significant human impact on Earth’s ecosystems. The duo’s harmonization is in contrast with their pessimistic view of the present: “It’s hard to believe / It’s getting harder to breathe,” Mishos sings on the chorus.

When Mishos takes the lead, the songs have an ethereal quality. When Hemer leads, the songs shift toward a genre the band call apocalypse folk rock. “Forest Burns” could describe a dystopian future or the present in Australia while forest fires rage. Hemer also levels criticism at self-righteousness Christians “full off that holy shit” on “FFS (Freedom Family Singers)” and “those politicians [who] bend to the will / Of the zealots and racists” rather than acting in the best interest of those in need, on “No More Grifters.”

The album’s closing track “FFS (Freedom Family Singers)” is a standout for its mix of keys and reverberating guitar. In its final lines, Hemer sings, “And I can still feel that blowing / Of the soft wind.” If it’s the wind of change he feels, then there’s still hope we can reverse the climate crisis. (Independent)

This article was originally published on Exclaim!