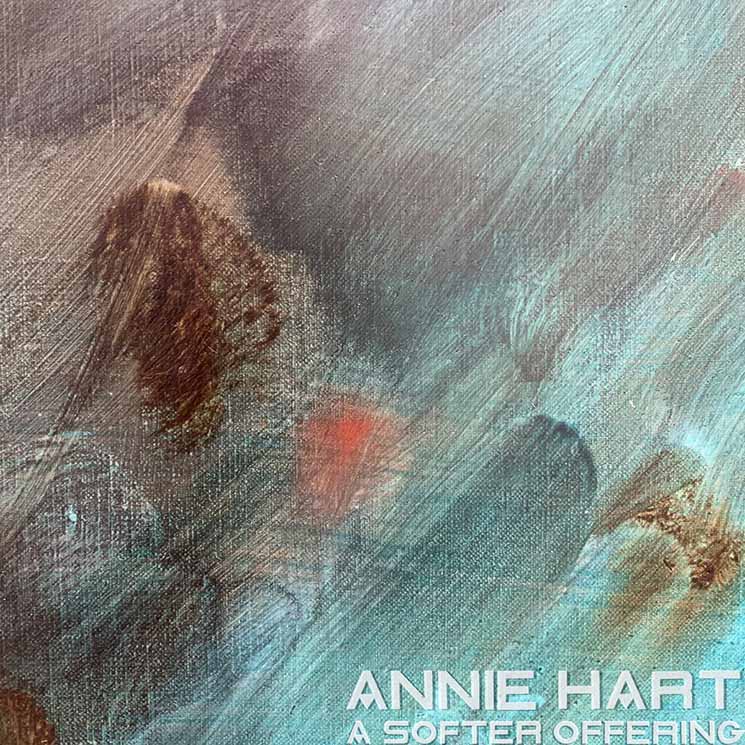 Annie Hart‘s melodies are like music remembered from a dream. On her second solo album, A Softer Offering, Hart’s intention was to create a soundtrack for daydreaming. “I wanted to give listeners that chance to breathe, to relax. A soundtrack for painting or lying in the grass,” Hart explained in a press release. The album is fittingly named, as it is gentler and more pared down than her previous album, 2017’s Impossible Accomplice. The arrangements make a quiet, beautiful soundscape.

A Softer Offering is a true solo album, with all music and lyrics written and performed by Hart, and her reflections on solitude echoing throughout the album. Parts of “Wilderness Hill” and “Clean Floors” were recorded at PRAH Foundation Studios in Margate, UK, during which time Hart stayed alone in a Victorian home.

On “Wilderness Hill,” her loneliness resonates through the sparseness of her bass guitar and piano, as she longs for a loved one on the other side of the Atlantic. “The thoughts of them, and the geographical or emotional distance that lies between you, rattle around inside you like an unshakable thirst,” Hart said. On “Don’t Breathe for Me,” Hart laments an unrequited love over a simple drum track. Her dissonant guitar and impassioned vocals leave space for quietude.

Though she is best known for her synth work with Au Revoir Simone, Hart excels when she showcases her range as a multi-instrumentalist. “Wandering Free” is understated, composed of Hart’s acoustic guitar plucking and her mournful vocals. The song evokes Bruce Springsteen‘s haunting acoustic album Nebraska.

On album closer “The Paper Pull” Hart masterfully harmonizes with Madeline Kenney. Introducing another voice into an album as intimate as A Softer Offering makes Hart’s vision even richer.

This article was originally published on Exclaim!.