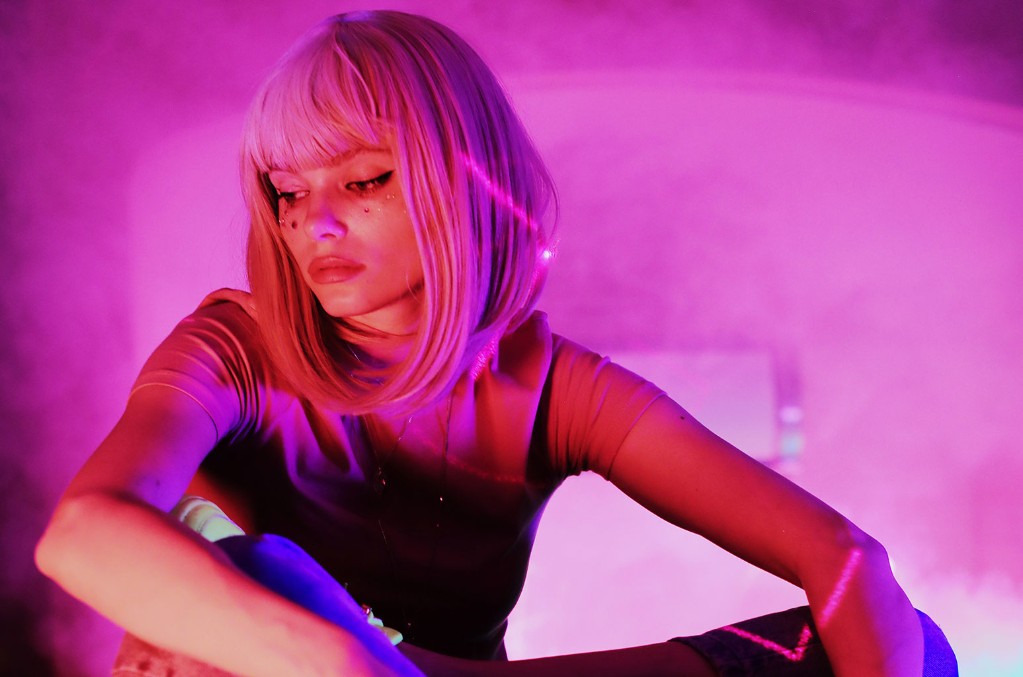 It’s the end of January and Winona Oak waits at the bar at Toronto’s Drake Hotel, ahead of her performance at the Drake Underground’s School Night series. Journalists, label reps and her photographer—her boyfriend, Julian Gillström—bustle around her, but she remains calm, poised, and cool amid the activity.

“It’s my very first time in Canada,” she says with a gentle smile.

Winona Oak is the pseudonym of Swedish pop vocalist Johanna Ekmark. Though she’s only been releasing music since 2018, Oak has already collaborated with The Chainsmokers and What So Not and released a handful of solo singles. Early in 2020, she released her debut EP, CLOSURE, a collection of emotive electro-pop songs that showcase Oak’s rich vocals.

Though she’s made a home for herself in Los Angeles, Oak still feels a deep connection to her hometown, Sollerön.

“I grew up on a tiny island in Sweden. It’s called Island of the Sun, which is the beautiful English translation,” Oak says.

Far removed from the hustle of L.A., Sollerön has a population of less than a thousand. “It’s a really unspoiled environment. I had three TV channels when I was a kid. I would just read a lot of books and write stories, and create this big imagination and fantasy world. I feel like Sollerön is a big part of who I am and a big part of the soul in my music.”

Oak grew up surrounded by music and has been singing since she was a child. “My grandmother was an incredible singer. And my granddad was amazing. He could just pick up a guitar and play anything. He had a really great ear.”

Oak plays the piano and continues to incorporate it in her music, but she stopped playing the violin years ago, much to her mother’s dismay. “My mom really wants me to play it again,” she admits. “I could try but I hate being bad at things, you know?”

The lead single from CLOSURE, “He Don’t Love Me,” opens with Oak’s quiet, controlled vocals on a soft melody. As the bass drops on the chorus, her voice soars as she realizes, “He don’t wake up in the night and want me by his side.” The intensity of the bass makes her unrequited love visceral.

On “Break My Broken Heart,” Oak laments the inevitability of another failed relationship. Her vocals and cascading synth on the chorus elevate her heartbreak. “I love that ‘Break My Broken Heart’ has all these different sounds creating this orchestra of tones,” she says.

The six songs on CLOSURE draw from Oak’s and her friends’ experiences in their late teens and early twenties. “All of these songs define specific moments of taking risks, learning how to love again, forgiving myself for the bad decisions I made in these situations I put myself through. These six songs are a milestone to getting closure.”

Oak’s understanding of closure has evolved as she has learned from past experiences. “I thought closure was something different. Five years ago, I felt closure was when I had the perfect answers. But it’s not about that. That’s not closure. Closure is when you forgive yourself and accept that you might not get the answers you wanted.”

Through her music, she hopes other women might find that same solace and forgive themselves for the mistakes they made. Oak offers a final piece of advice: “You should be with someone who is happy to be with you and embrace all your weirdness. You should never be with someone that’s making you feel like you should change.”

This article was published on BeatRoute.