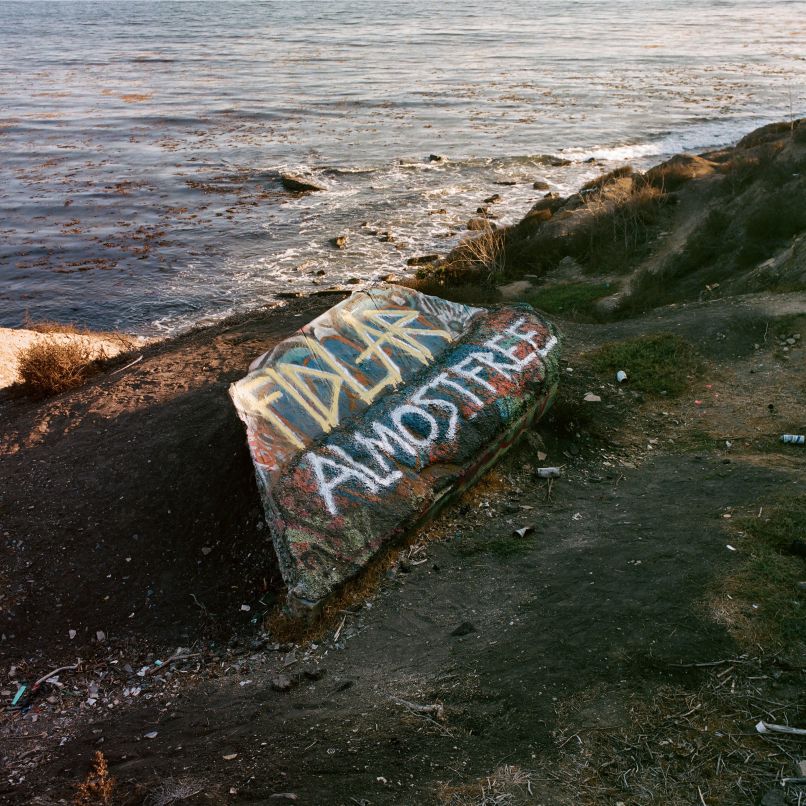 For the most die-hard fans, FIDLAR – which stands for “Fuck it dog life’s a risk” – is a band, a motto and an ethos. Rather than become pigeonholed in skate punk for fear of disappointing fans, the Los Angeles four-piece has diversified their sound since their eponymous LP and hit single “Cheap Beer.” That’s what their latest album Almost Free is about. Frontman Zac Carper has said the album was influenced by the aesthetics of Soundcloud hip-hop, but opening track “Get Off My Rock” is more Beastie Boys than Lil Pump.

“Can’t You See” is a departure from FIDLAR’s usual sound with a piano solo and walking bass line, while the satire on materialism is in keeping with Carper’s lyrical style. “By Myself” also revisits a familiar subject – drinking that teeters toward self-destruction – with fresh percussive range.
“Too Real” is FIDLAR’s most explicitly political song. Carper howls, “Well, of course the government is going to fucking lie.” While much of Too (2015) focused on Carper’s struggle with addiction and sobriety, tracks like “Too Real” and the Clash-esque “Scam Likely” prove he can write as passionately about the political as he can the personal.

Parts of Almost Free retread familiar territory. “Alcohol” could fit on any FIDLAR album in sound and subject. Blistering forty second track “Nuke” has the intensity of underrated Too track, “Punks.”

“Called You Twice” is a surprise standout. Carper’s vocals meet their match in a duet with K.Flay about both sides of a messy breakup. It’s warm, vulnerable – the album’s emotional core.

While Almost Free is less consistent than its predecessors, the range it displays proves that FIDLAR is far from finished.