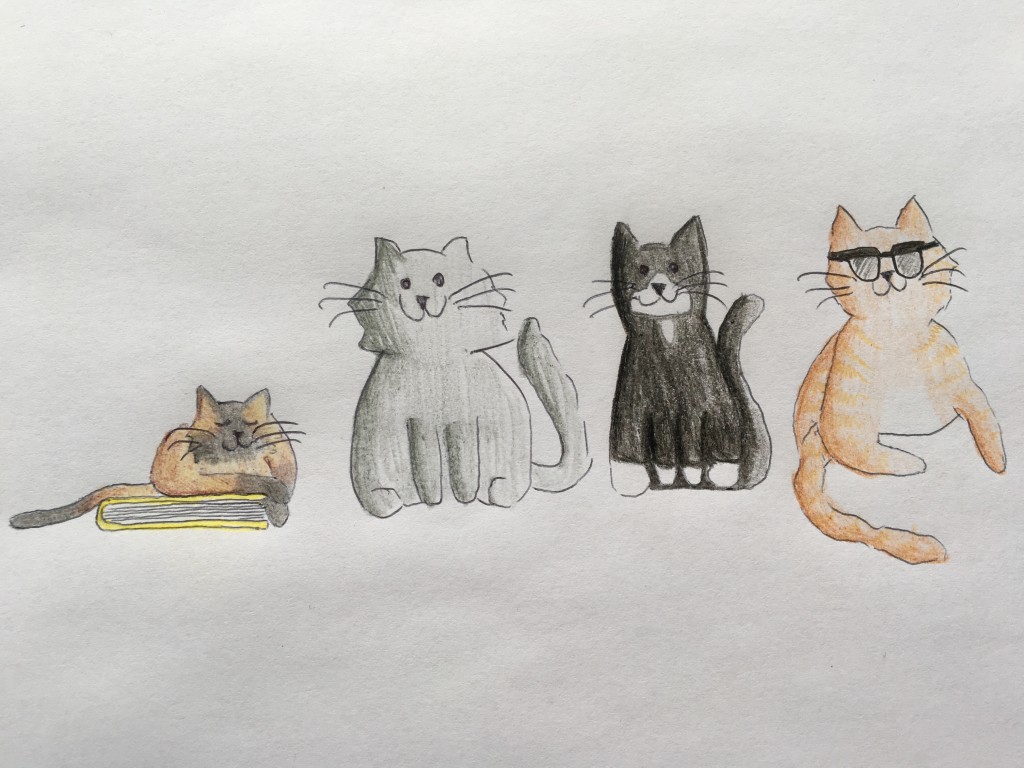 In my second term of grad school, I took the maximum number of courses allowed by the department, three instead of the recommended two. Three courses doesn’t sound like a lot, especially compared to the typical undergraduate five course terms. However, after my first three course term, I realized that two courses would have kept me sufficiently occupied. Even one course could have taken ample time had I aspired to be as well read as my peers. Even though I knew before the term started I was taking too many courses, I was hellbent on finishing my coursework by the end of April. I soon realized that taking three courses at once, particularly the three I was taking,  was nothing short of a terrible idea.

On Monday mornings, I had a class on Irish modernism. Because it was my first class of the week, I was always prepared — with the exception of the week when I didn’t make it through At Swim-Two-Birds by Flann O’Brien because the narration made me angry. My comments in class ranged from the witty to the absurd, but they were made with confidence and page references. Late in the afternoon on Wednesdays, I had a class on media theory. We discussed the mediatic elements of literature and referenced Marshall McLuhan, N. Katherine Hayles and other theorists whose names I wrote down but never looked up. I doggedly read technocultural critical works and post-modernist novels written by MacArthur genius grant winners and European madmen. By the time I arrived in the seminar room, my enthusiasm was waning. I made careful notes on the scholars and authors my peers referenced and felt increasingly uneasy when I realized the insufficiency of my critical knowledge. I’d make a comment out of left field. My professor would gesticulate wildly in response, launch into an anecdote about Rosi Braidotti and change the course of the discussion entirely; he never returned to my ideas.

Following my Wednesday seminar, I had just over seventeen hours to do all the required reading for my class in affect theory. Theorists we discussed ranged from Karl Marx and Sigmund Freud to Sylvan Tomkins and Sianne Ngai. From the first week’s reading by Frederic Jameson alone, I knew I was completely lost. The feeling was exacerbated to the extent that I looked at the reading list on Wednesday nights with a mounting sense of panic. I stayed up as late as possible and woke up at six on Thursday mornings to try to make sense of the textbooks and stacks paper in front of me. I arrived to the 9:15 class late, looking like a dewy corpse — dewy because I had run from the bus stop, corpse-like from the lack of sleep and strange coffee and protein powder mix I’d drink along the way — in the baby pink baseball jacket I had taken to wearing at the time.

I sat in the seminar with feelings that oscillated from despair to hopelessness. My theoretical  knowledge was completely inadequate for the class. To make matters worse, my peers were passionately well read, aggressively articulate and the kind of world class bullshitters you only find at the highest echelons of academia.

Worse than the left field comments I made in my media theory seminar, all of my comments in affect theory would degenerate into anecdotes or references to material I had actually read that was, unfortunately, on another seminar’s syllabus. A low point was when I shared my opinion on which type of vermin Gregor Samsa metamorphosed into in Franz Kafka’s The Metamorphosis, drawing on my limited knowledge of entomology. By the end of the year, I only made comments when my professor solicited our affective responses to the work on deck that day — how did reading Friedrich Kittler make you feel?

I tried to make useful notes in class until I realized the exercise was futile. It was around this point that I started to make tangental comments in the margins of my notebook, accompanied at first by few and then by many doodles of cats. In my final year of undergrad, I sat with my friend Patrick in a survey course in which we read through the latter half of The Norton Anthology of Theory and Criticism. While I sat at my desk irritably listening to my peers talk about their experiences reading Heidegger and Derrida, Patrick would serenely draw pictures of cats.  Drawing cats, he said, made it so that he was unperturbed by the lecture or discussion. When I found myself greatly perturbed by my seminars, I took Patrick’s cats as inspiration and drew cats of my own.

Sometimes the cats I drew stood on their own in margins and blank space. Other times, they spoke: advice on what to read, questions on the lecture and comments on my affective experience of reading the text. Other times, the cats were simply my way of claiming my notes as my own.  With my cat drawings, I injected humour into an otherwise fairly humourless situation.

Grad school had done little for me other than point to my shortcomings. While this can be a valuable, humbling experience, more often than not I found myself in a state of despair because I hadn’t read Marcel Proust’s In Search of Lost Time and I didn’t know about script theory. This is to say, I thought less of myself because I was comparing myself to those around me. I don’t know how knowledgable and engaged my peers actually were. They might have had superior knowledge or they might have been skilled at faking it. Either way, I was preoccupied by an absence of knowledge that on my own terms I would not have sought. I completed readings not out of a desire to learn more but out of a fear that I wasn’t measuring up. Since my knowledge acquisition was motivated by panic rather than passion, the readings I did in an attempt to impress my peers didn’t stick with me. I wanted to know about Proust so I could improve in my peers’ esteem. Actually, I wanted to know about Proust so I could justify to myself my presence in grad school. I’m sure my peers couldn’t have given two shits about what I did and did not know. Even if they did meet in the overly expensive grad student pub to discuss the inadequacies of my presentation of Friedrich Kittler, that’s their sad business, not mine.

More than anything else, my cat drawings allowed me to take a step back from my present situation. Whether or not I was familiar with the works of Proust matters to me not a bit in the grand scheme of things. I was in grad school to increase my own knowledge, not to justify my knowledge and interests to those who knew little about me anyway. The readings that actually interested me have stuck with me. The rest are peripheral additions to the sum total of my knowledge and attractive additions to my bookshelf. More important than the theoretical knowledge I’ve gained are the personal realizations I’ve come to: my experience in grad school doesn’t define me as a person, and my understanding of affect theory doesn’t decide my worth. All it took for me to figure that out were thirty-six cat drawings and a 1200 word blog post.

Song of the Day: Losers by The Weeknd

OR Damn Baby by Alpine, because the cats on the cover of their album Yuck