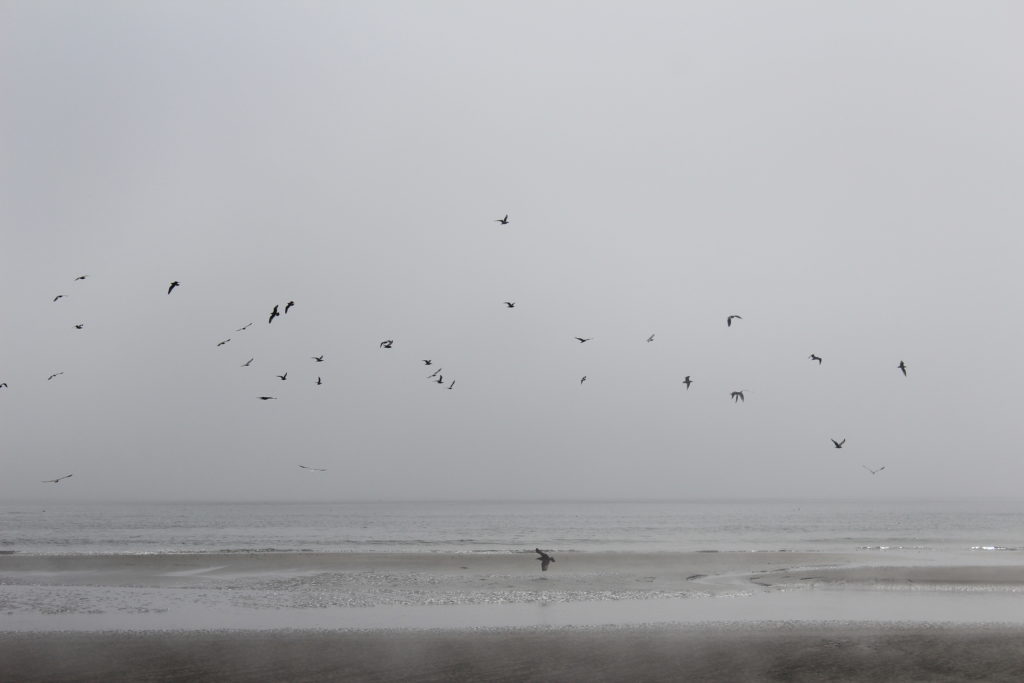 In my final month in Vancouver, I spent a lot of time bird watching. Perhaps bird watching is an extravagant term for what I was doing. I was looking for was a sign. I was on the edge of some big decisions and sought reassurance that the risk I was taking – leaving a marketing program in Vancouver for the unknown in Melbourne – was justified. Messages in bottles are hard to come by; I looked for funny birds.

Long have I had a tempestuous relationship with birds. It all began when some lunatic put a gigantic parrot on my shoulder in front of The Rainforest Café in Niagara Falls. I was ten years old. My velour boatneck peasant top did nothing to protect me from the talons of the giant bird. Oddly enough, Niagara Falls was completely infested by a particular species of ladybug at that time yet I have no qualms about flying beetles.

At the start of my first summer in Vancouver, I was attacked by a crow at the corner of 8th and Heather. A crow that was sized more like a raven dove for my head and touched down. I felt talons, feathers and fear like never before. As I ran from the swooping crow a dude who was coasting by on his bike asked, “Were you just attacked by a bird?!” “Yes, I was!” I shouted, still running away in terror. “Crazy!” he said before speeding away down the hill. I was as traumatized by his callousness as I was by the bird attack.

I have been shat on by a bird thrice in the last year. It’s supposed to bring luck, say those who have completely normal relationships to birds. I say, Come back to me when you show up to a meeting with visible avifauna feces on your coat.

Anyway, back to looking for a sign. I already knew what I wanted to do; what I needed was reassurance that my preferred course of action wasn’t going to turn my life to ruin. I started to look for arbitrary signs. A funny looking bird meant I was making the right choice. A humourless bird — an ordinary pigeon or worse, a road kill seagull — meant I was making the wrong choice. After a few days of seeing birds that were certifiable unlaughs, I came across this image:

I was inspired. I was reassured. I made like Donald Duck and took off my pants. No, that didn’t happen. I’d like to say the funny looking bird inspirited me to the extent that I left Vancouver with complete confidence. In reality, I went along my path of choice with some doubts, sure, but with far better humour. After all, if I can’t laugh about a week spent ogling pigeons and seagulls, what can I laugh about?

Song of the Day: Bounce by Logic