I recently took a trip to IKEA with my old friend Kathryn. The last time I had been to IKEA was sixteen years ago. It’s not that I live a great distance from the nearest IKEA or that I am disinterested in what the store has to offer – I look longingly at Benji bookcases and Swedish meatballs any time we receive the catalogue. The reason why I was so long away from that furniture megastore is because my father swore after out last trip that we would never return. And as much as I would like a $2 plate of pasta, I wholeheartedly agree with his decision. This is the story of my childhood trip to IKEA.

In the absence of pictures documenting this event, I have illustrated the story.

When we arrived at the store, my parents and I were immediately directed towards the children’s play area. It was like an indoor park but with the addition of giant foam puzzle pieces. 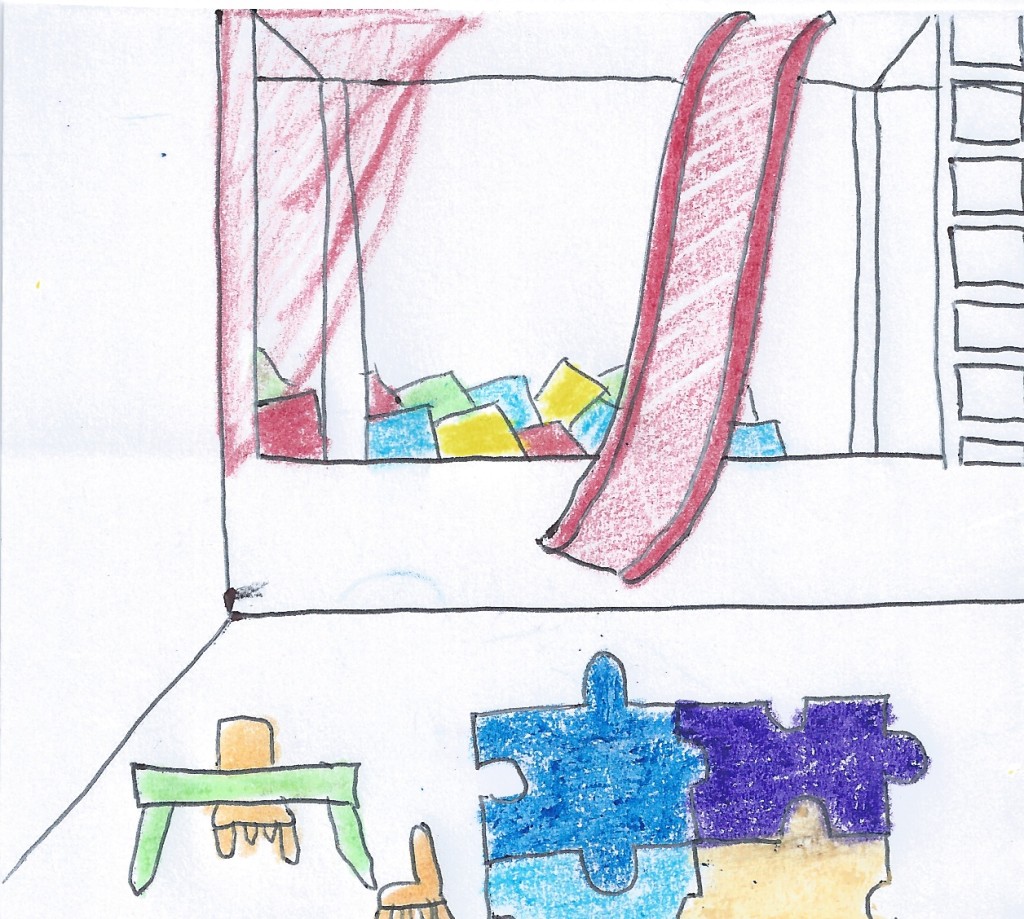 My parents registered me with one of the playroom attendants as I readied myself for a dash to the foam pit. Just as I was about to take off, an attendant said, “First we need to give you a bib!” I was unfamiliar with this term as it related to mature five-year-olds such as myself. Bibs are for babies! I thought. Then the woman took a horrifying yellow pinny out from a giant basket. It had the number six on it in a bold black font. I looked to my parents for reassurance. They said, “Have fun Court!” The woman helped me into the number six pinny. I was their captive now. 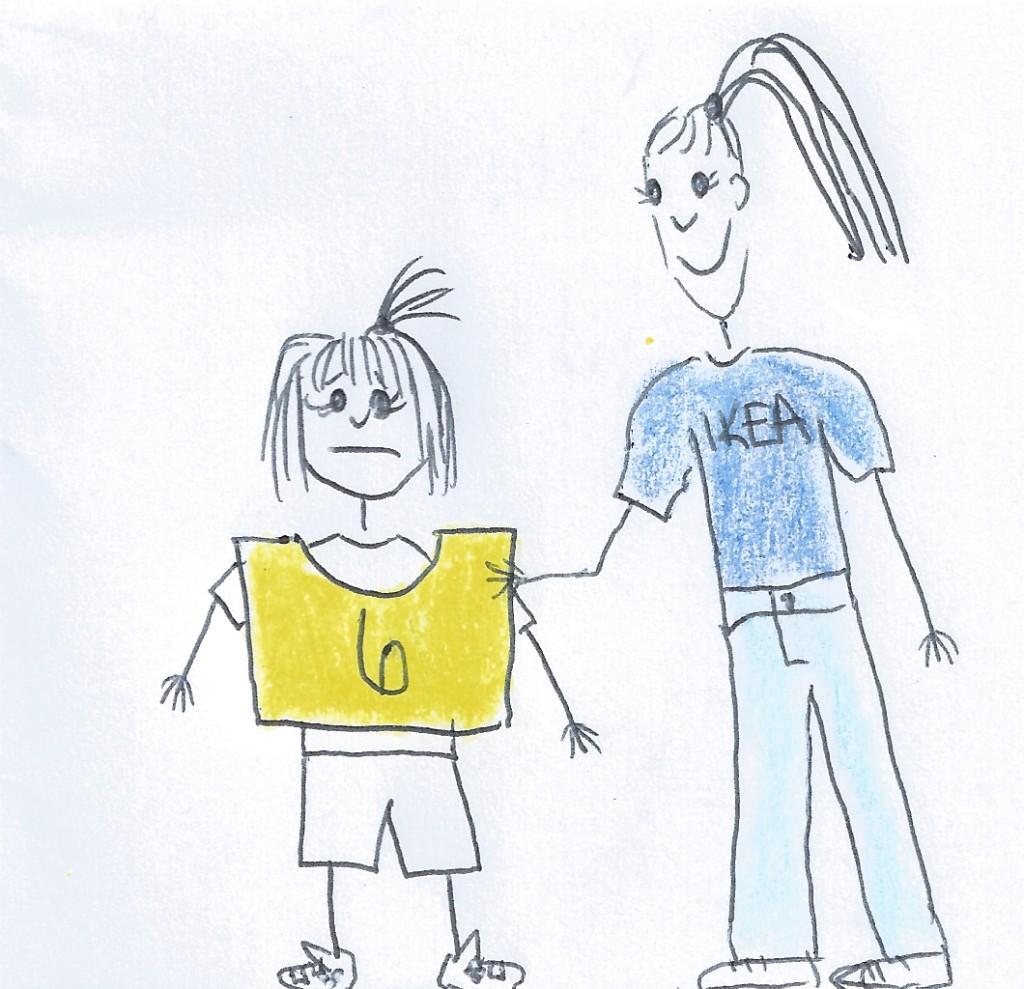 I resigned myself to my fate and began to look around. As I looked, I saw children in the middle of a game of hide and seek, all wearing numbered pinnies in primary colours. It was like IKEA was building a child army.

If that wasn’t disturbing enough, one of the other workers turned to a child in a red number four pinny and asked, “Johnny, do you want to go down the slide? I know it’s your favourite!”

How long had these children been here for?! They probably lived here! They slept in the foam pit, I was sure of it! 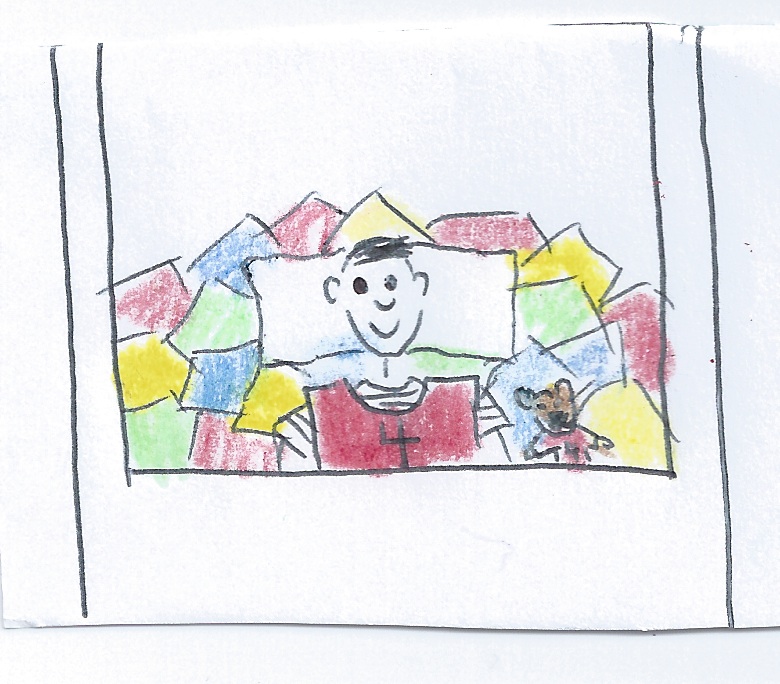 The children had been here for so long, they liked it. I didn’t know the term Stockholm Syndrome at the time, but if I had, I would have thought this a classic case. I saw myself as a prisoner in the IKEA playground.

They asked me my name. I refused to give it. I did not want to invite any familiarity. Just as I was hatching my escape plan, my parents miraculously returned. On the way home, my dad talked of floors of furniture that seemed endless. “It’s like they were trying to keep us there forever!” He had no idea.

My parents have never returned to IKEA. The only souvenir of our trip is a stack of plastic cups, six of them in primary colours. Sinister.

Song of the Day: Better by Regina Spektor

One thought on “The Last Time My Family Went to IKEA”