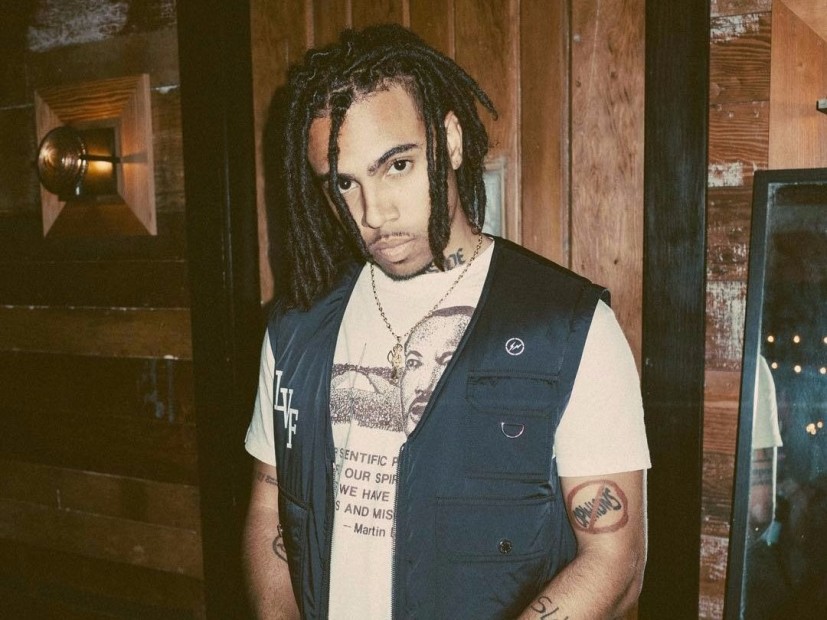 Four months after the release of his debut LP The Autobiography and two months into supporting Jay-Z’s 4:44 tour, Vic Mensa sounds more content with his career than he ever has. “It feels phenomenal. I love it. I had a point in time when I was performing music that was not as honest and I just felt phoney on stage, I just felt like I wasn’t me. Just saying ‘Turn up!’ every other song. ‘Turn up!’”

Part of the reason why Mensa feels more authentic when he performs is because The Autobiography is a very personal album. He describes the recording process as cathartic. “It was a process of unearthing repressed memories and drawing connections from the past to the present and the future.” He draws on childhood and adolescent experiences on “Memories on 47th St.” and recalls the impact of crime and gun violence on his community on “Heaven on Earth.”

Since Mensa first started to record as a solo artist in 2013, he has aimed to be more forthcoming in his lyrics. He says, “I try to be honest in my music.” While he uses his platform predominantly to speak honestly about his own life, he is a vocal critic of social inequalities in America. “Police brutality, mass incarceration, I know the information, I know the truth. So I think along with that comes the responsibility to vocalize.” Though he admits he doesn’t love using social media, “I do at times try to use social media to talk about the things that are important to me.”

Among the topics important to Mensa is mental health. He says that when he first started talking about it, “It felt like I was being real with myself first and foremost. I never set out to be a spokesman for mental health.” When he wrote “There’s Alot Going On” for his 2016 EP of the same name he says, “I just told the truth about my own experience. I said exactly the shit I was going through. I talked about how I was addicted to drugs and depressed and suicidal and shit at points in time.” With the EP and with that record in particular, “A lot of people reached out to me to say maybe that song saved their life or got them through a tough time. I just started to realize how silent so many people are about those types of issues. I realized I could help people as a writer who really speaks candidly about mental illness.”

It was Mensa’s intention from the outset to speak candidly about his self destructive tendencies on “Wings,” his collaboration with Pharrell Williams and Saul Williams. It is an unflinching look at depression, infrequently depicted in hip hop.

“I knew I needed to make a song like that, something that spoke about those things in my life. And so I tried a couple times and when I ended up getting with Pharrell that day, it just clicked. The lyrics kind of just wrote themselves,” he says.

The future Mensa envisions on The Autobiography is not without hope. “‘We Could Be Free’ [is] an imagining of what freedom could look like in the future,” he says. “Having a broad, wide angle view of pain and privilege as they present themselves.”

Having struggled with and overcome addiction and depression, Mensa is grateful to be where he’s at today and is already excited to get back into the studio. As for the audience response to his self-reflective music he says, “People appreciate it in a different way. It hits you in a different way.”